Andrew Brenza’s text, “Ex-Press Letters, by Fernando Aguiar”, was originally published on January 3, 2022, in “periodicities : a journal of poetry and poetics” [edited and maintained by rob mclennan]. Source: https://periodicityjournal.blogspot.com/2022/01/andrew-brenza-ex-press-letters-by.html

For fans and practitioners of visual poetry, the publication of new work by the legendary Portuguese artist-poet Fernando Aguiar is always an exciting moment, and his second book from Swedish publisher Timglaset is no exception.

Titled simply Ex-Press Letters (2021), Aguiar’s book is a series of 58 letterpress and Letraset visual poems, generally arranged in a vertical manner upon warm backgrounds of quietly painted bands of watercolor. Overall, the book engages the reader/viewer playfully, gently, almost peacefully, like a series of walks through the countryside. To view the pieces in Ex-Press Letters is like watching the silhouetted flittings of songbirds among fields of tall grass that sway almost imperceptibly in a sun-touched breeze. Here is one of my favorites from the book: 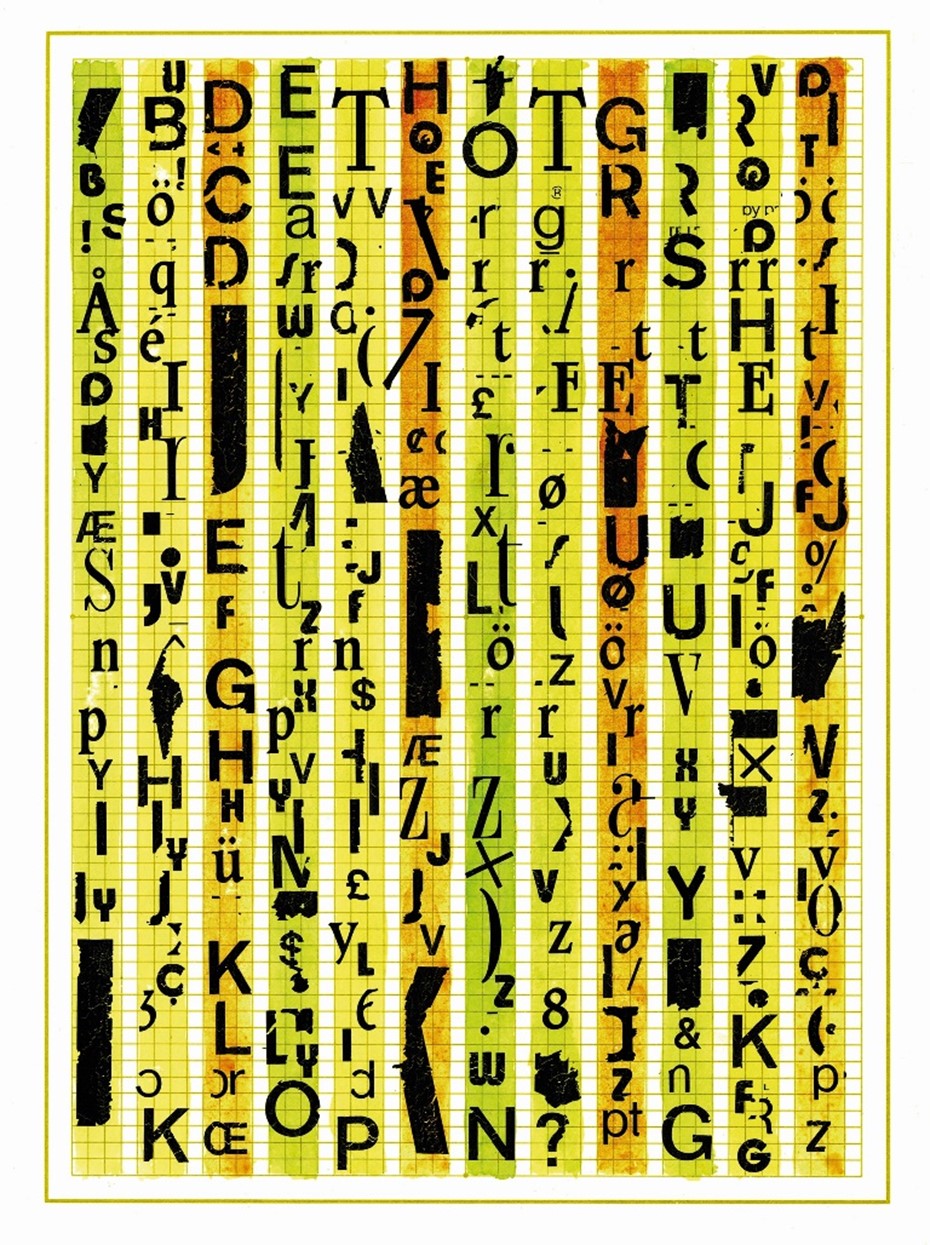 The peaceful qualities of Ex-Press Letters stand in contrast to the the strong sense of movement and evocations of narrative found in the dry transfer minimalist poems of his first book with Timglaset, Poems Without Words (2019). Composed of only a letter, parts of letters, or a few letters at a time, the black and white pieces of Poems Without Words dance and laugh and cry as they explore the dynamics of scale and page space, seeking to reveal the idiosyncratic personality and inner life of language’s materiality. Here is an example: 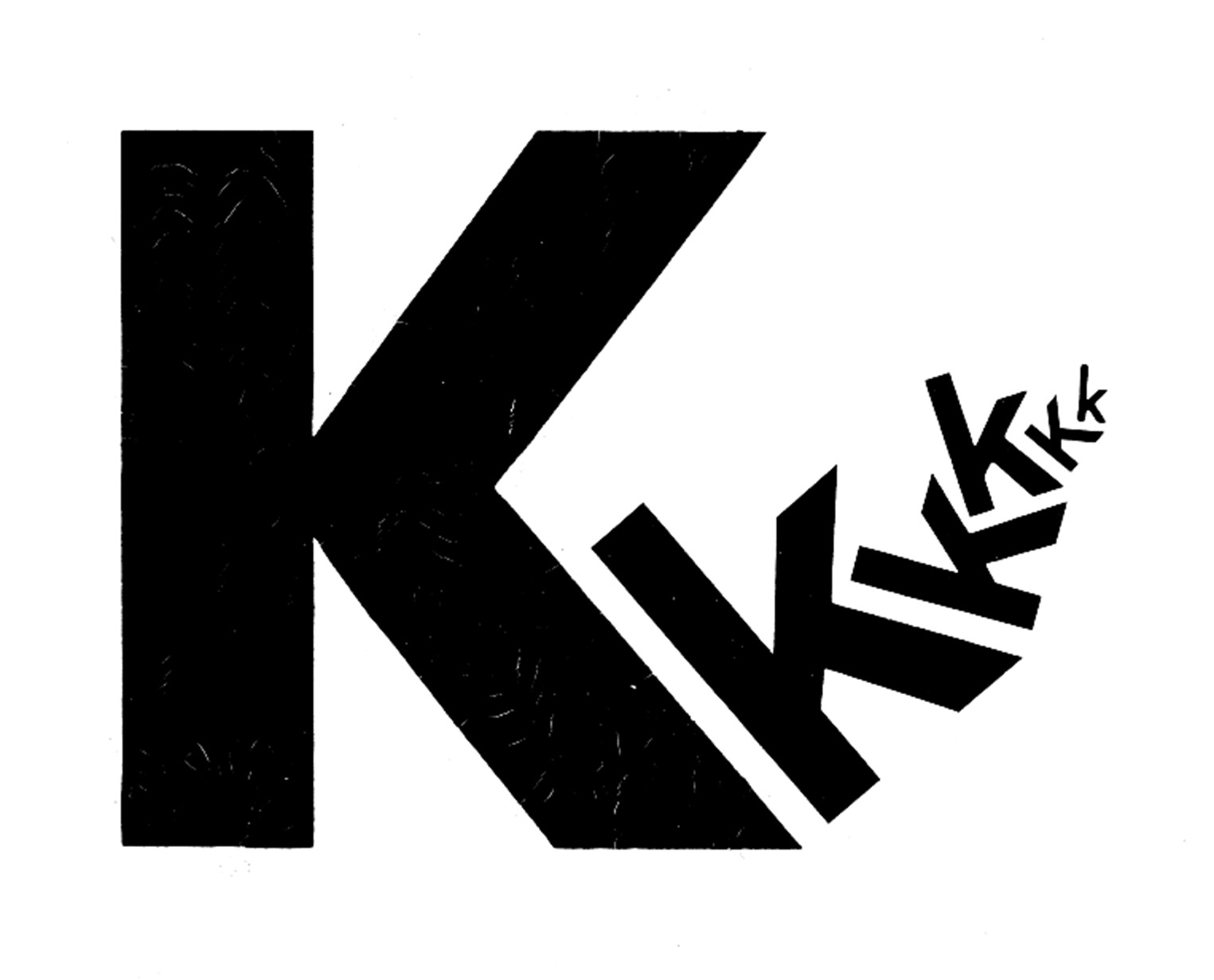 Besides showing Aguiar’s range as a visual poet, these two books also exhibit the same sense of play, the same curiosity about and exploration of the expressive qualities of language’s visual components in search of alternative forms of poetic expression. But the poems in Ex-Press Letters feel somehow stiller, quieter, than the pieces in Poems Without Words. They seem somehow outside of time. Perhaps it is that the pieces are more uniformly constructed with a vertical orientation. Perhaps it is because of the inviting color palettes of the backgrounds or the generally conventional orientation of the letters on the page. Whatever it may be, it is, nevertheless, interesting to note that the author composed these pieces in the late 1970s and early 1980s, and is only publishing them now. Despite this knowledge about the chronological age of the pieces in the book, one could conjecture that the poems were composed as recently as last year, last month, or last week – a remarkable accomplishment, indeed. Here is another beautiful example: 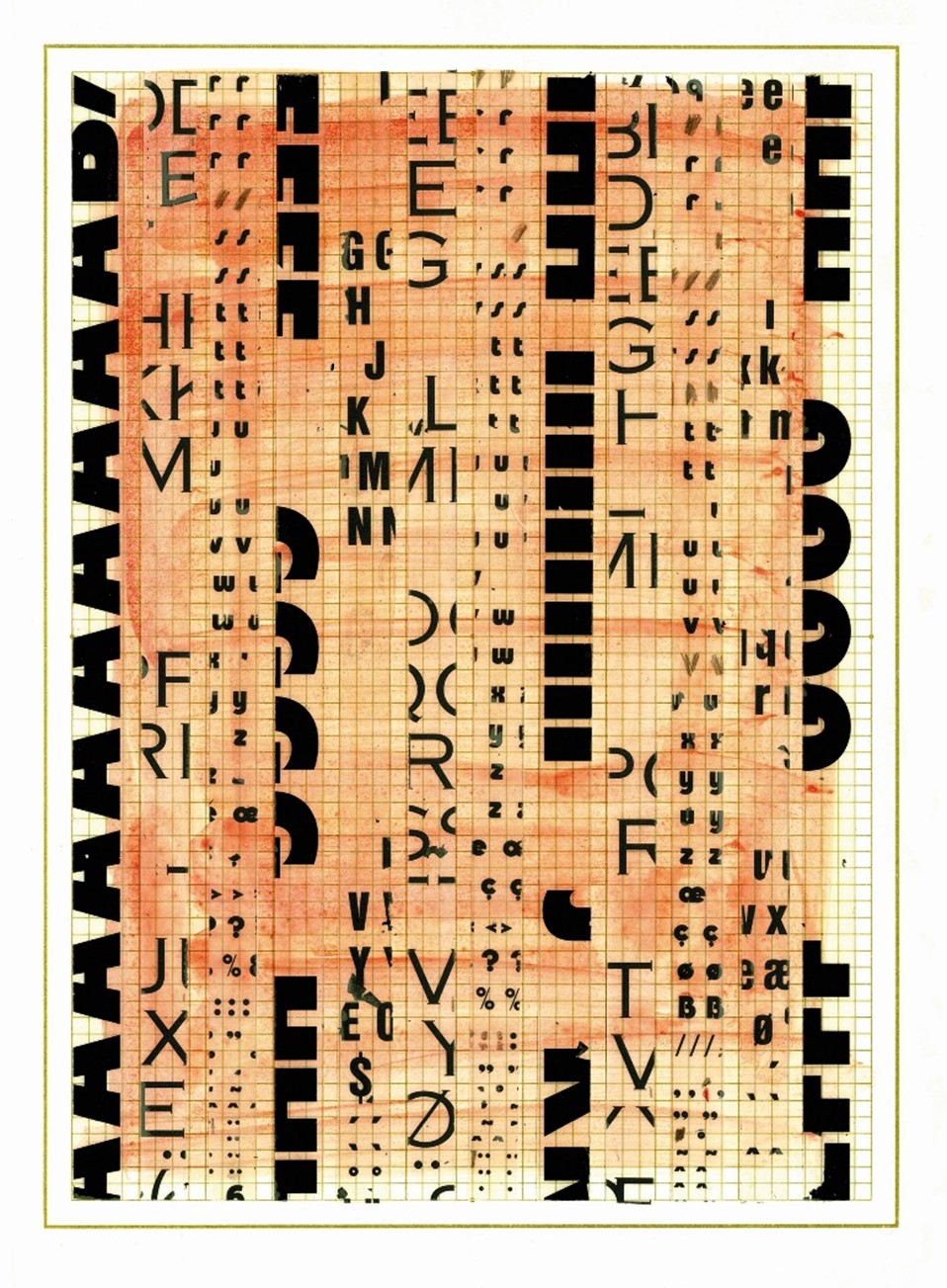 Beyond the gentleness, there is also a heightened sense of anonymity in Ex-Press Letters that results in feelings of welcomeness and acceptance. As one could think of a physical landscape as anonymous, as belonging to no one, as accepting the physical body of anyone who enters it, the pieces of Ex-Press Letters seem to invite, welcome, even reassure and accept, the viewer. Again, while the precise mechanisms that engender these feelings are likely a complex combination of the Aguiar’s deft techniques, the result and effect are so congenial that one is simply aware of being happy and of being made happy, through the freedom of visual exploration. As the author notes in his description of the book on Timglaset’s website, “It does not have a title, author’s name or any other informative reference. This information is only reproduced on a transparent banner. If the banner is lost, there is no way to identify the book …”. But it is the implication of this gesture that is truly important, an implication that constitutes an acknowledgement of and respect for the humanity of the viewer. Ultimately, the triumph of Ex-Press Letters is its ability to allow the recognition and enjoyment of one’s own humanity through the work.

[We are grateful to Andrew Brenza for the authorization that allowed this entry to be made available in the PO.EX Digital Archive]