“EX-PRESS LETTERS” brings together a set of visual works created in 1979, although some were finished later, in the first half of the 1980s, and constitute a variation of another series I titled “Essays for a new expression of writing”, presenting the same structural concept, with a form of asemic writing, produced using “Letter-Press” and adhesive tape, vertically organized, referring to oriental writing, studied in Portugal by Ana Hatherly.

In the specific case of “EX-PRESS LETTERS”, this disposition was maintained in most of the works, to which watercolour was added, keeping the letters and graphic signs of the “Letter-Press” and “Letraset” as preponderant elements in the final result.

The basis for these works, which immediately suggested the use of colour and a structured composition of the page, was that my father, a stamp collector, regularly bought new albums for his collections, putting aside the old sheets, often unused, which I took advantage of to create visual poems with the aforementioned specific characteristics.

More than 35 years later Timglaset Editions allowed the publication of this book, whose works remained unpublished, essentially because I chose to develop the series of “Essays…”, which allowed the creation of larger works and also on different media, in addition to paper, and which have been widely reproduced and exhibited over the years.
Together with the editor, we agreed that this edition would have very specific characteristics: It does not have a title, author’s name or any other informative reference. This information is only reproduced on a transparent banner. If the banner is lost, there is no way to identify the book… 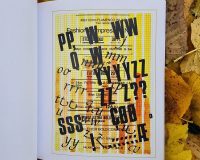 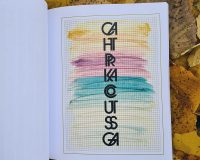 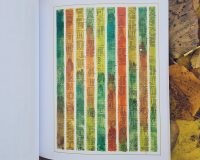 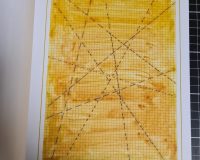 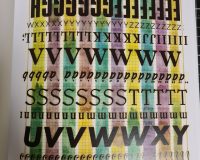 [We are grateful to Fernando Aguiar for the authorization that allowed this entry to be made available in the PO.EX Digital Archive]