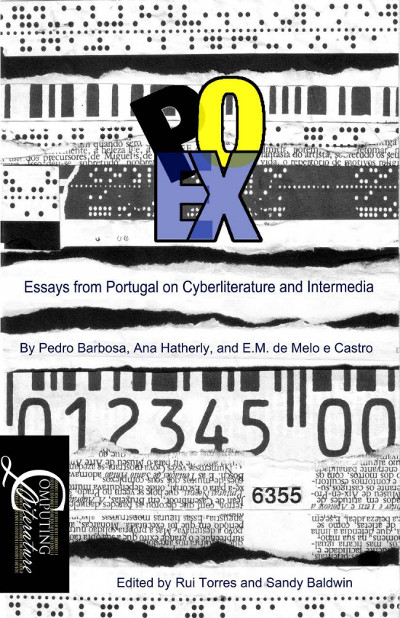 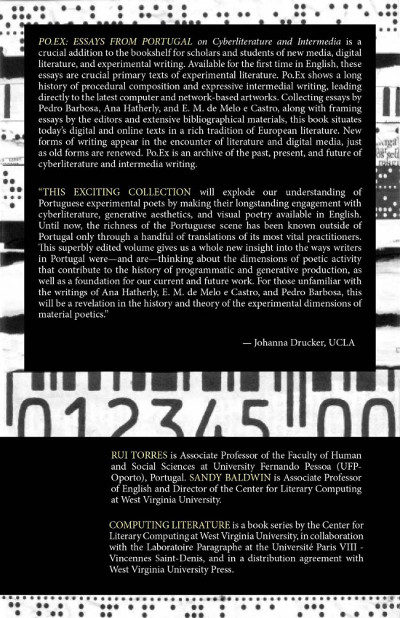 VISUALITY AND INTERMEDIALITY IN EXPERIMENTAL LITERATURE

COMBINATION AND GENERATIVITY IN CYBERLITERATURE

“This exciting collection will explode our understanding of Portuguese experimental poets by making their longstanding engagement with cyberliterature, generative aesthetics, and visual poetry available in English. Until now, the richness of the Portuguese scene has been known outside of Portugal only through a handful of translations of its most vital practitioners. This superbly edited volume gives us a whole new insight into the ways writers in Portugal were – and are – thinking about the dimensions of poetic activity that contribute to the history of programmatic and generative production, as well as a foundation for our current and future work. For those unfamiliar with the writings of Ana Hatherly, E.M. de Melo e Castro, and Pedro Barbosa, this will be a revelation in the history and theory of the experimental dimensions of material poetics.”

Summary [From the Back Cover] >

Po.Ex: Essays from Portugal on Cyberliterature and Intermedia is a crucial addition to the bookshelf for scholars and students of new media, digital literature, and experimental writing. Available for the first time outside of Portuguese, these essays are crucial primary texts of experimental literature. Po.Ex shows a long history of procedural composition and expressive intermedial writing, leading directly to the latest computer and network-based artworks. Collecting essays by Pedro Barbosa, Ana Hatherly, and E. M. de Melo e Castro, along with framing essays by the editors and extensive bibliographical materials,this book situates today’s digital and online texts in a rich tradition of European literature. New forms of writing appear in the encounter of literature and digital media, just as old forms are renewed. Po.Ex is an archive of the past, present, and future of cyberliterature and intermedia writing.

Website of the Publisher > https://wvupressonline.com | Also available for purchase from Amazon and Bookdepository