Exhibit with works from the Fernando Aguiar Archive. [Flyer. Summary] 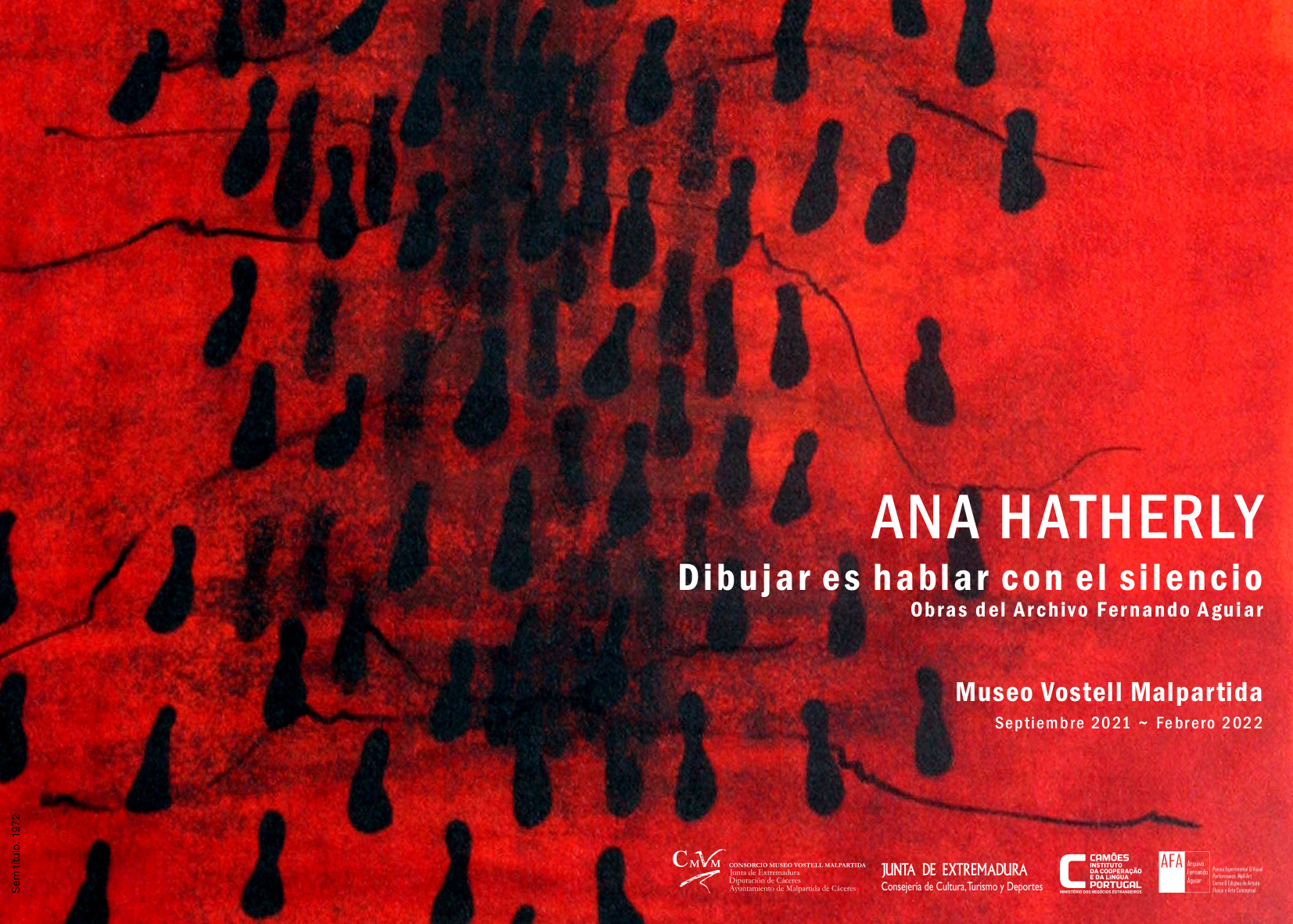 TO DRAW IS TO SPEAK WITH SILENCE is the first solo exhibition by Ana Hatherly in Spain (and the third one outside Portugal, after the exhibitions displayed at Centre Culturel Calouste Gulbenkian in Paris in 2005 and Museo de las Artes de la Universidad de Guadalajara in Mexico City in 2019), shows a body of works which is a representative sample of the diverse aesthetic paths of the artist, whose experimental production is adventurous and transgressive, especially the works created before 1974, during the dictatorship in Portugal.

Drawings, calligraphies, collages and paintings on paper and canvas from different decades are displayed, also three unfinished collages referring to the series “As Ruas de Lisboa” that can be considered as a work in progress. The show also displays calligraphies with poetic connotations -that are, perhaps, the most well-known facet of her artistic work- works from the Nineties featuring a fresh pictorial expressivity where the power of chromatism is more evident until the first decade of our century, mainly the final stage, with a body of works generally called “Neograffitis”, which some objects in acrylic glass and a number of prints constituting a small installation are displayed. There are also two works on acrylic glass entitled “Floresta de Outono” and “Floresta de Inverno” (2017), from a project by 1957. Another work based on an original work by Ana Hatherly is the painting on canvas reproducing in large format a small drawing (12,4×17,9 cm) from 1996/1997, from the series “Viagem à Índia”, which is also displayed. The latter is an indivisible work which suggests the enormous potential of many of Hatherly´s works when designed large-scale and therefore emphasizing details that are often unnoticed.

“Poema 1” (1959-64) was published in the book “Um Calculador de Improbabilidades” (2001) and is now reproduced on a large plastic canvas. It is also displayed the whole series of visual works of the book “Volúpsia”, as well as their associated poems. In addition, two drawings from the series “Alfabeto Estrutural”, from the Sixties, are exhibited for the first time.

Ana Hatherly made some interventions, the most significant of which is the performance “Rotura” (Galeria Quadrum, Lisbon, 1977), which reveals a diversity of formal expressions, techniques and supports used over more than 40 years of activity.

She liked to produce series and explore the possibilities each series had to offer and, in this respect, it may be argued that each work displayed is a sort of indication to discover a wider set of invoked works. Although a substantial part of her visual production is directly connected with the written word and graphic signs, she produced paintings where colors and shades are an essential exploratory attribute. An example of this is the series “Viagem à Índia e outros percursos”, presented at Lisbon´s Museu do Chiado in 1997.

In the absence of a formal or stylistic unity in this retrospective exhibition it has been attempted, through the diversity of the works, to illustrate a concern which is coming from Ana´s inventiveness. She often for an uncompromising expressive freedom and a freeing irreverent creativity, leaving imagination to break into the usually simple supports of the works. The approach is an undefined territory between writing and visuality and the artist chooses spaces for defiance and experimentation. This is one of the characteristics of her pioneering experimental poetry in Portugal and also of her visual arts.