The p2p exhibition brings to public different digital literary works produced by Polish and Portuguese authors in the past four decades. Polish and Portuguese literary, artistic, social, political, and even religious contexts are quite similar, even if geographically distant, and still quite divergent. It has been a fascinating surprise to find evidence of several common threads in works of experimental and generative literature, Spectrum-based animated poetry/Demoscene, and ActionScript-based digital poetry and fiction. 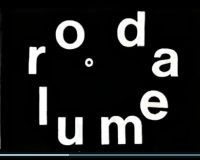 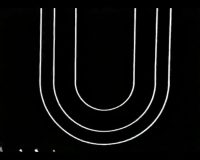 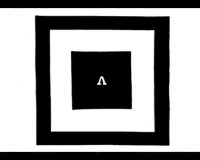 Roda Lume is a 2’ 43’’ videopoem, which was broadcast by the Rádio Televisão Portuguesa (RTP) in 1969 and subsequently destroyed by the station itself, and was reenacted by Melo e Castro from the original storyboard in 1986. The work is indeed surprising, as a poem that overlaps text, kinetic text, image, moving image and sound, anticipating and influencing various genres of digital hypermedia poetry mainly launched after the birth of the World Wide Web. It constructs a different notion of space-time, opening a “visual time” (Melo e Castro 1993: 238) of unfolding images and text that comprises a new reading perception. (Source: Álvaro Seiça) 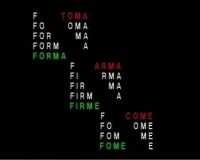 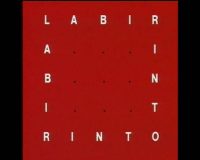 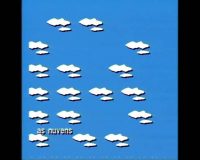 Signagens (Signings) is a series of videopoems (1985-89) developed by E.M. de Melo e Castro with the support of the Portuguese Institute for Distance Learning (IPED) and later by the Open University of Lisbon, in its electronic and digital TV studios. According to Melo e Castro, “this project intended first of all to investigate video possibilities as a new medium for reading poetry. It was meant to be used in classes of literature and of Portuguese language. Very soon I realized that intersemiotic translation of print-based visual and experimental poems was obvious, as video seemed to me a perfect medium for animation of letters and words.” (Media Poetry: An International Anthology, 2007: 180-181). (Source: Álvaro Seiça) 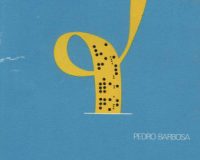 Sintext-W (1999-2000) is a Java version for the Web of Barbosa’s text generator Sintext (1993), written in collaboration with José Manuel Torres. In Sintext-W the cybernaut can have a first contact with the automatic TEXt SYNthesizer. The user can visualize the automatic generation of three generative texts: “Didáctica” (example), “Balada de Portugal” (extract) and “Teoria do Homem Sentado” (fragment). The text’s flow rate may be accelerated or delayed by two controllers; the user can also choose to execute the texts in an endless cycle as a continuous creation of new meanings. (Source: Author) 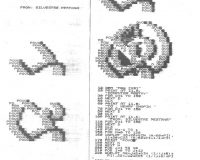 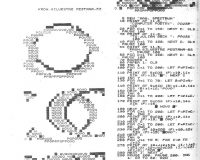 Silvestre Pestana programmed in BASIC, first for a Sinclair ZX-81 and ZX-82, and then, already with chromatic lighting, for a Sinclair ZX Spectrum, three poems respectively dedicated to Henri Chopin, E. M. de Melo e Castro and Julian Beck, which resulted in the Computer Poetry (1981-83) series. By operating almost like TV scripts, the series oscillates between recognizable shapes – such as the oval and the larger animated Lettrist shapes, formed by the small-sized words “ovo” (egg), “povo” (people), “novo” (new), “dor” (pain) and “cor” (color) – and the reading interpretation of the words themselves: “ovo,” the unity, but also the potential; “povo,” the collective, the indistinct, the mass; “novo” and “cor/dor.” This play of relations translates the new consciousness, although painful, of a “new people” in a new historic, social and artistic period, one of freedom and action. In an interview, Pestana (2011) claimed having researched more than thirty languages, only to find in Portuguese the possibility of traversing the singular and the plural, the individual and the collective, the past, present and future, by just dislocating a letter: ovo/(p)ovo/(n)ovo. (Source: Álvaro Seiça)

Manuel Portela: Google Earth: A Poem for Voice and Internet (2011) 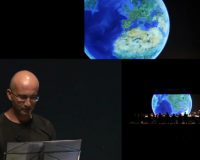 This highly professional video documents a live performance of this poem, which uses primarily three materials: speeches by presidents George W. Bush and Barack Obama, and Google Earth. These works are brought together in a political and economic mashup that incorporates texts read aloud by Portela in English and translated to Spanish and Portuguese, voice recordings of the speeches, and a large projected video of Google Earth navigating to parts of the world that resonate with the poem. Portela intervenes upon these materials in a variety of ways, defamiliarizing them towards the poetic, emphasizing particular words or passages by isolating and repeating them, and placing them in conversation with its other materials through juxtaposition and superposition. (Source: Leonardo Flores, I ♥ E-Poetry) 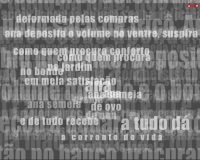 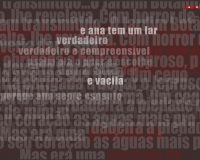 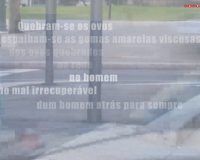 Following Genette’s forms of paratextuality, the process of quoting or re-writing in this poem involves a hypotext – the antecedent literary text (Clarice Lispector’s “Amor”) – and a hypertext, that which imitates the hypotext (the poem Amor de Clarice). Both hypotext and hypertext were performed and recorded by Nuno M. Cardoso, and later transcribed within Flash, where the author completed the integration of sound, animation, and interactivity. Following the hypotext/hypertext ontology, there are two different types of poems. In half of them (available from the main menu, on the left), the main poem (the hypertext) appears as animated text that can be clicked and dragged by the reader, with sounds assigned to the words. In these poems, the original text (the hypotext) is also present, as a multilayered, visually appealing, but static background. The sound for these movies was created by Carlos Morgado using recordings with readings of the poem. In the other half of the poems (available from the main menu link on the right), the same animated hypertext/poem is present, but the hypotext in the background of the previous is replaced by video frames, animated and manipulated by Ana Carvalho. The sound files for these movies were designed by Luis Aly, integrating recordings with readings of the short story. (Source: ELC 2) 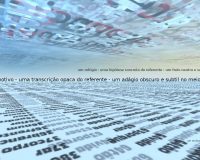 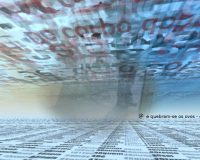 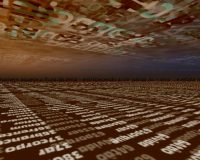 Poemas no Meio do Caminho is a combinatory text. There are two versions of the text – two ways of reading it: horizontally and vertically. Both versions allow the reader to save her own textual production, and then to send that production to a weblog. The reader can recombine the text according to the paradigmatic axis of language: the reader selects, the machine morphs/combines. However,  some “obligatory” options resist. By quoting Dante, Poemas no meio do caminho is a metaphor of the reading practice: “poemas no meio do caminho da leitura” (“poems midway upon the journey of reading”). It suggests an ephemeral poetic construction that appears and vanishes in a click. On the one hand these poems destroy the sacredness of poetic language; on the other they realize the poïesis. This work has won (ex-aequo) the 4th Premi Internacional “Ciutat de Vinaròs” de Literatura Digital. (Source: Author) 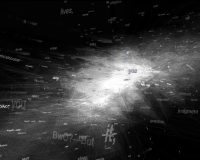 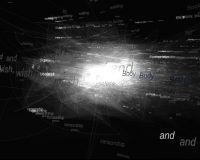 In BwO (Body without Organs) all the words of Mille Plateaux are floating in space, disembodied from their pages, and are interconnected by a luminous thread. The code follows each word in its reading order, embodying a meta-body-without-organs in 3d space, charting diffuse abstract paths united by a generative’s logic thread. (Source: Author) 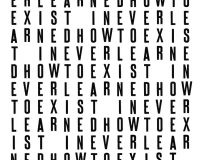 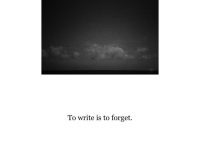 Machines of Disquiet has been developed in the context of an ongoing research project at the University of Coimbra, Portugal, whose goal is to create a Digital Archive of the Book of Disquiet [Livro do Desassossego – LdoD], an unfinished work written by Fernando Pessoa between 1913 and 1935. Machines of Disquiet is the name chosen for a number of experimental applications for mobile devices (iOS and Android) that aim to provide reading and aesthetical experiences based on the text of the Book of Disquiet. Every application is an attempt to find a new setting for experiencing the LdoD as sensitive matter (i.e. matter experienced in different modalities – text, drawing, sound, image, motion) and explores the expressive potential of this type of devices, particularly in terms of interface (e.g. multi-touch interactions and motion sensors). (Source: Author) 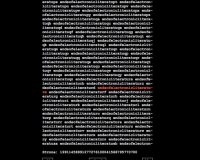 Piwkowski’s work is an algorithm that generates (and prints) pages of an infinite book. The inexhaustible book is a collection of all the possible combinations of the letters of the Latin alphabet. The user can only see the on-demand page that is a result of his own word query 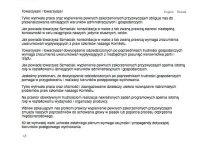 This generator, dedicated to politicians, is good proof that Pampuch succeeded especially well in the tricky art of imitating the kind of political discourse which in Polish is called “grass-talk” or “empty talk.” The algorithm perfectly fulfills its stylistic constraints – generating a text that does not have to carry any concrete content or message. 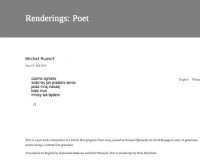 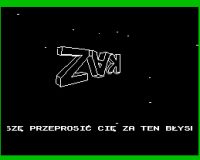 The old-school demo based on scroll-text, which moves up and down the screen. Fifth Demo is a kind of short story about the author’s imaginary struggles with the computer and his attempts to rein it in, as illustrated by the strange behavior of the scroll, allegedly caused by the computer. 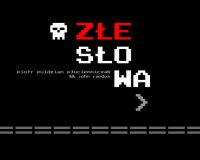 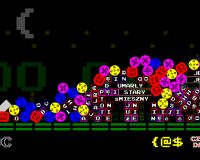 This game offers a new methodology of reading: reading as destruction. The reader is challenged to disassemble classical Polish texts (poems written by Czesław Miłosz, Maria Konopnicka, and Marcin Świetlicki) using a handful of versatile expletives. A transference of the mechanisms used in “Angry Birds” into the textual field is a way to nirvana. 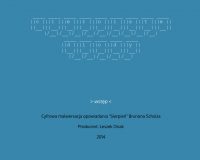 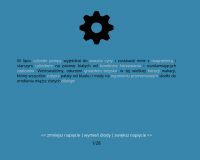 This is a digital embezzlement of Bruno Schulz’s short story “Sierpień” (“August”). Some of the nouns have been cut out of Schulz’s text and randomly replaced with words taken from the book Polski Fiat 125p. Budowa. Eksploatacja. Naprawa (“Polish Fiat 125p: Construction, Use, Repair”). 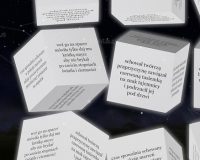 It is a creative book app composed of words, images, and animations that – in addition to some ambitious poetic prose – offer you a great reading adventure that can be controlled by the “rolling of the dice.”